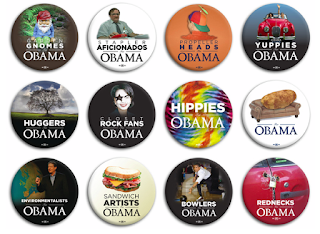 While segmentation can be based on demographics, psychographics, cohort groups, geography and behaviors, basing it on attitudinal statements often yields the richest insight into motivation.

For voters, there are differences between people of different ages, genders, races, religious affiliations, socio-economic groups and geographies. However, the most insight can be gained by exploring hopes and fears associated with the following dimensions, which typically can be represented along continua:


Insights on these dimensions can be correlated/mapped to demographic, geographic and other more actionable targeting criteria. These insights can also lead to the identification of "wedge issues" and talking points that can be exploited to steer voters in specific market segments to vote in specific ways.

Posted by Brad VanAuken at 6:55 AM