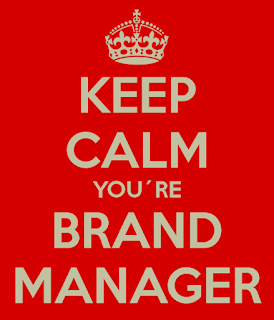 Different business schools offer different courses in their marketing curricula. Some of those schools have brand management concentrations. Here are the courses I would recommend for students who would intend to become brand managers:


In addition, the following electives would be useful:
I would also recommend taking additional psychology, philosophy and writing courses.
Posted by Brad VanAuken at 11:58 AM 2 comments:

Rather than writing at length about what they did, I am posting a series of photos that I think will be self-explanatory. I will mention that what first caught my eye was a set of pajama bottoms that were covered with hundreds of brightly colored M&Ms. 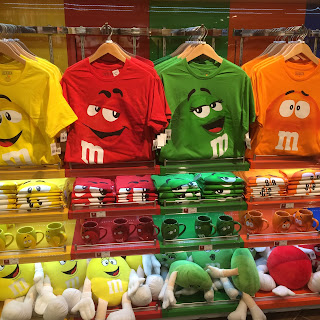 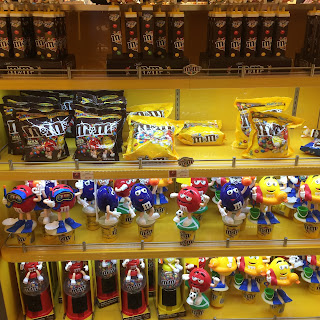 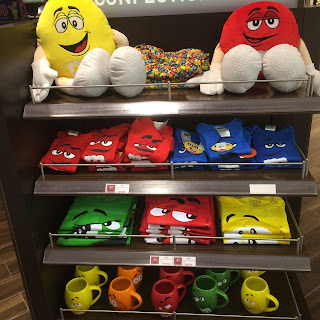 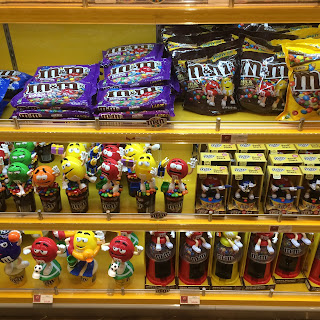 Posted by Brad VanAuken at 3:57 PM No comments: 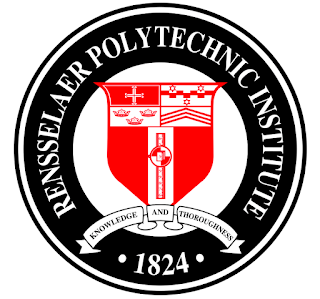 © 2015 Brad VanAuken, reprinted from Brand Aid, second edition
Posted by Brad VanAuken at 11:33 AM No comments:

Brands and Attention to Detail 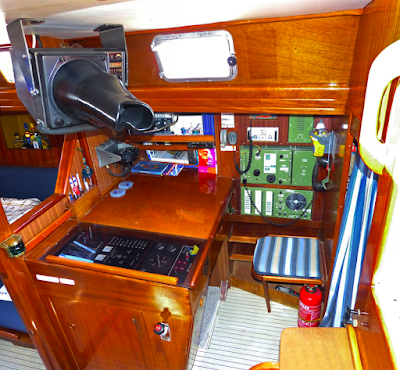 I define brands as personifications of organizations or their products and services and I spend a lot of time talking about the emotional, experiential and self-expressive aspects of brands. Indeed, brands mostly connect with people on an emotional level. But I want to focus on functional benefits today.

I have spent the better part of March traveling for business and pleasure. I have stayed in numerous hotels and even on a sailboat. Having spent weeks away from home in different living spaces the importance of attention to detail has been driven home to me. Let's take sailboats as an example. I spent seven nights on a forty foot sailboat with five other people. The boat was our home. We cooked, grilled, ate, slept, showered, kayaked, swam, snorkeled and traveled on this sailboat. It requires a very high level of skill to design an aesthetically pleasing, fast, safe, seaworthy, comfortable boat on which to live for extended periods of time. Every square inch of space needs to be used to maximum advantage. Electrical systems, plumbing systems, navigation systems, sail systems and several other necessary systems need to be crammed into this limited space. Space for several people to move around comfortably is required. Good ventilation is necessary. There is also the need to keep things as dry as possible. Anti-skid decks and and hand holds are required throughout the boat as are other safety features. And then there are the creature comforts - cup holders, sound systems, facial tissue dispensers, technology (computer, iPhone, etc.) interfaces, etc. Provisions must be made for every possible catastrophic event - power loss, grounding, fire, hurricane, rouge wave, etc. Finally, traditional luxury materials (teak, mahogany, brass) must be balanced with more modern, functional materials (carbon fibre and other low weight, high strength composite materials).

While brand managers would do well to focus on the emotional brand experience, they must not neglect the attention to detail that creates the best overall functionality.
Posted by Brad VanAuken at 11:36 AM No comments: 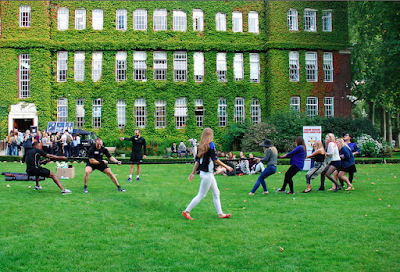 Brands promise relevant differentiated benefits. Those benefits can be functional, emotional, experiential or self-expressive. Further, brands can promise shared values. Brand value is the ratio of the bundle of relevant benefits divided by the cost (time and money) of acquiring those benefits. To conduct quantitative brand positioning research, one must first identify all of the potential benefits delivered by the brand. As an example, here is a partial list of potential benefits delivered by college and university brands:

A skilled brand researcher will be able to determine which of these drive brand preference and college or university selection.
Posted by Brad VanAuken at 9:43 AM No comments: 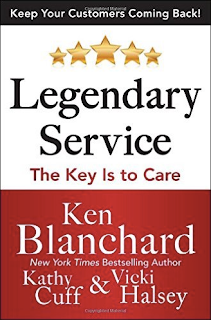 I travel a lot for business and pleasure. I have been to many countries around the world, including many third world countries, some dictatorships, a couple communist countries and some religion-based states. I just returned from Cuba. Staying at hotels and resorts and eating at restaurants throughout the world has led me to experience many different degrees of hospitality and service, including the complete lack thereof.

In the USA, we have grown accustomed to a fairly high level of personal service when we interact with brands. Most people know the mantra, "Right or wrong, the customer is always right." Ghandi said, "The best way to find yourself is to lose yourself in the service of others." Going back more than thirty years, companies have hired consultants to help them create "legendary service" cultures and "aha! moments" for their customers. As I mentioned in a previous blog post, Ritz-Carlton employees are empowered to offer each guest up to $2,000 per day to make things right with those guests.

We expect happy greetings, smiles, civility, politeness, deference and responsiveness in our interaction with service people. And we expect their patience and understanding when we are slow in our interactions with them. We even have grown to appreciate service people who anticipate our every need before we do ourselves - refilling water glasses, pulling a shade down to reduce the sun's glare in our eyes, replacing a dropped napkin, carrying our luggage for us, etc. We have grown accustomed to positive brand experiences delivered by well-trained and pleasant service people.

This is not the case everywhere. I am generally very civil, pleasant and perhaps even annoyingly cheerful in my interactions with others. Which is why it surprises me when I find that a service person completely ignores me or yells at me or tells me to do something myself. I have even had service people respond, "So what?" One waitress spilled wine on me and then started laughing. I recently witnessed a concierge shouting, cursing and shaking his fist at a customer.

Don't take good service for granted. It is an important element of a positive brand experience.
Posted by Brad VanAuken at 12:41 PM No comments: 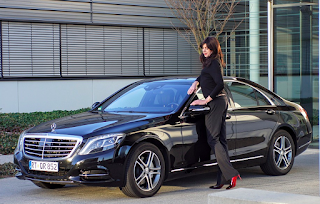 Whether in qualitative research or quantitative research, people don't always tell the whole truth about what motivates them to purchase or use a particular brand or product. Sometimes this is because they are unaware of their underlying motivations. Sometimes they are aware of their underlying motivations but don't want to say for fear of embarrassment. Sometimes they say what they think they are expected to say or what they believe to be the norm so that they don't feel like an outlier. Sometimes they are trying to be helpful or positive and give the researcher the answer they think the researcher wants to hear. For a number of reasons, explicit answers to direct questions do not always yield the full answer to human motivations.

This is one of the reasons we use projective techniques in qualitative research. We don't ask people "Why do you do it?" but rather "Why they think some other people do it?" taking the focus and pressure off of them and their personal motivations. Have you ever heard a child ask a question for a friend? "My friend wants to know..." Is that question really for his or her friend?

Likewise, in quantitative research, while you can gain some insight from scaled responses to purchase motivators, this should be supplemented with analysis of correlations between the purchase motivator ratings and purchase intent, or better yet, actual purchases. This can only be determined through analytical correlations techniques.

So when someone says they really like driving a Mercedes-Benz because of various creature comforts and the way it drives, you may find out through projective techniques or correlation analysis that the dominant reason is that driving a Mercedes-Benz gives the person more confidence because it is perceived to confer more social status.

Make sure in your research that you are probing not only for explicit responses but also for implicit ones. The implicit ones are often the more important of the two.
Posted by Brad VanAuken at 7:39 AM No comments: