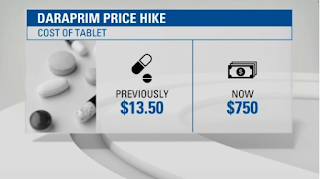 It is a sad day when a previously meaningful and vibrant brand is taken over by or combined with a new entity that does not share the brand’s essence, promise, and values. This happens quite often, with mergers and acquisitions, when a company is taken private or public, or with other changes in ownership or leadership. Sometimes it happens when a financial owner (such as a venture capital firm) replaces the previous management team with its own new team. This is particularly true when people who only understand one thing, ROI (or, more specifically, their personal financial gain), replace the leadership team that had the original brand vision. We saw this happen when General Motors took back control of Saturn, tossing out Saturn’s “different kind of company” operating philosophy and forcing it to run like any other GM brand. Likewise, Compaq once owned 20 percent of the personal computer market, but mismanagement of the brand after Hewlett-Packard acquired it eventually resulted in its complete demise. Quaker Oats 1994 acquisition of the Snapple brand led to huge sales decreases, going from $1.2 billion to $500 million in 27 months. Sprint's takeover of Nextel was a disaster. Sprint had catered to the consumer market, while Nextel concentrated on the business market. Soon after the merger, large numbers of Nextel executives and employees left citing cultural differences between the two brands. Sprint was bureaucratic, while Nextel was much more entrepreneurial. The integration never was executed properly. Jaeger lost its way since its takeover in 2012. And recall the impact on Daraprim's reputation when Turing Pharmaceuticals acquired it from Impax Laboratories and Turing's CEO Martin Shkerli (former hedge fund co-founder) raised that lifesaving AIDS medication's price from $13.50 a pill to $750 a pill overnight. Shkerli was later arrested for securities fraud by the FBI.

Such a change is akin to a person’s spirit exiting his or her body to allow a new spirit to inhabit it. While the newly combined physical/spiritual entity may seem to be the same entity as before, new attitudes and behaviors will eventually betray the new spirit, but not until after the huge reservoir of brand equity is traded for short-term financial gains for the new owners. This is one reason previously strong brands seem to “lose their way.”

Much of this was reprinted from Brand Aid, second edition, available here.

Posted by Brad VanAuken at 7:23 AM