Why Brands Can Seem More Scattered and Conflicted Than Humans 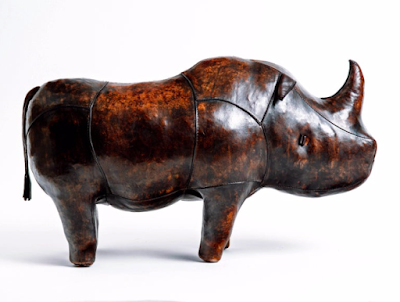 Humans can at times seem quite scattered or conflicted. Some can exhibit substantial mood swings. While others might seem to have multiple personalities. However, most of us are quite predictable day-to-day and over our lifetimes.

While brands should strive for a similar level of consistency and predictability so as to seem trustworthy, often brands will have significant swings in values, behaviors and personalities. A radical example of this is Abercrombie & Fitch.

Abercrombie & Fitch was founded in 1892 as an upscale sporting goods store. In 1928 Fitch retired and sold the company to his brother-in-law James Cobb. Under Cobb, sporting guns, fishing tackle and polo, golf and tennis equipment were added to the mix. During the Great Depression, sales dropped precipitously. After that, the products were mostly sold in seasonal shops at resorts. The brand continued to struggle for years until it filed for chapter 11 bankruptcy in 1976. Oshman's, a sporting goods retailer, purchased the brand for $1.5 million in 1978 and continued to operate it as a sporting goods store, trying different product mixes, but without success. The biggest change came in the years 1988 through 1999 when Limited Brands purchased the brand for $47 million and turned it into a trendy brand focused on teens, sex and pop culture. This was as big a pivot as ever has occurred for a brand. More changes have been made between 2000 and today and the brand has had its struggles. In 2006 CEO Mike Jeffries made a comment disparaging customers with body types not like those of Abercrombie & Fitch models. That comment came back to haunt the brand in 2013, when detractors launched the "Fitch the Homeless" Internet campaign. The campaign highlighted giving used Abercrombie & Fitch clothes to the homeless. With the advent of celebrating differences, including different body types, Abercrombie & Fitch continues to struggle with its product mix and brand positioning.

A second example of a highly schizophrenic brand personality is Volvo. In the late 1990s to mid-2000s, Volvo Car executives believed the brand position of the “ultimate safe car” for families was too limiting and began to extend the brand into the performance car segment targeted at men. Results were disappointing. When Ford bought Volvo in 1999, it pushed the brand into the crowded luxury brand market. Ten years later, sales were down 20 percent from where they were when Ford first purchased the brand. Volvo Car Corporation was then acquired by China’s Zhejiang Geely Holding Group Co. Under this new ownership, in August 2011, Volvo Car announced a new global brand strategy—”Designed Around You,” focusing on a position of human-centric luxury cars that are safe and dependable. In November 2013, Volvo Car Corporation announced a new brand strategy designed to revive the brand in the United States after a decade of declining demand. According to Automotive News, “The new focus is on ‘Scandinavian’ design, safety, environmental leadership, and ‘clever functionality’ reflected in state of the art—yet simple— infotainment systems.”

Both of these examples demonstrate why brands can change quite a bit. The change is usually the result of poor positioning in the midst of changing market forces leading to new ownership (or at least new leadership) that then pursues a radically new brand position. Though sometimes brand change can occur associated with a leadership or ownership change without the pressure of a poor brand positioning.

For your information, the image at the top of this post is of a vintage Abercrombie & Fitch Leather Rhino, circa 1970s. This item is not appropriate today and has no fit with the current brand.
Posted by Brad VanAuken at 3:15 PM