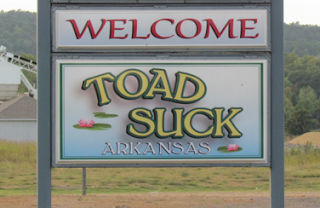 There are three general types of names: (1) coined (Kodak, Xerox), (2) associative descriptive (Amazon, Die Hard) and (3) generic descriptors (Engine Division, Pharmaceuticals). Coined names have the advantage of no previous associations but the disadvantage of requiring significant marketing communication to build their meaning. Generic descriptors tend to be used as sub-brand names when an organization wants most of the credit to go to the parent brand instead. Associative descriptive names are the most prevalent today. They allude to the promised benefit, allowing the name to contribute to the brand's understanding from the start.

I am not a fan of acronyms as names. They tend to be a meaningless string of letters. Some naming companies create associative descriptive names by combining word parts with different meanings. Names like InfoSys and AccuView would fall into this category.

Street names can be interesting. Mostly they are created to allude to the natural environment that was altered to build the street or housing development (or that existed only in the developers mind) - such as Sandy Creek, Oak Meadows or Maple Grove. A particularly nice neighborhood in my city bears the following street names - Harvard Street, Oxford Street, Berkeley Street, Dartmouth Street, Wellesley Street, Cornell Street and Vassar Street.

Sometimes a completely unexpected whimsical name within the category can have breakthrough power, such as Puffin Optics or Koala Cola.


For every final naming option we present to clients, we typically generate hundreds of other options, the vast majority of which do not make the cut against the above criteria. Naming is a fun but deceivingly difficult part of brand identity development.

I wish you great success with your brand naming projects.
Posted by Brad VanAuken at 9:06 AM