Fifteen Important Questions for Every Brand Manager to Ask


Posted by Brad VanAuken at 8:27 AM No comments:

It is important to know who your most loyal and profitable customers are. Ultimately, you will want to identify prospective customers who are likely to have the most positive impact on your business and you will want to maximize the lifetime value of each of your customers.

Key in understanding this is to correlate customer revenues, profits and longevity with other factors that will help you identify and target your brand’s most advantageous customers. Those factors include demographics (age, income, gender, relationship status, presence of children in the household, etc.), beliefs, attitudes, values and lifestyle, and for B2B customers, job function or title. Product usage and customer benefits may also be factors. Depending on the category, there are several other dimensions on which you may want to segment customers.

The trick is to identify those factors that correlate with increased purchase rates or amounts or greater loyalty over longer periods of time. It is important to spend time thinking through what those factors are for your brand and its category. For instance, the beliefs, attitudes and values to be tested vary significantly across categories.

All of this can be designed into quantitative research studies of current and former customers.

I wish you great success with your customer segmentation efforts.
Posted by Brad VanAuken at 10:23 AM No comments:

The Importance of Color

Color is an important consideration in your brand identity system. Colors have a significant impact on people’s emotional state. They also have been shown to impact people’s ability to concentrate and learn. They have a wide variety of specific mental associations. In fact, the effects are physiological, psychological, and sociological. For instance:

Available here.
Posted by Brad VanAuken at 9:21 AM No comments:

Choosing the most advantageous competitive frame of reference is a very important part of brand positioning. I have already talked about Rensselaer Polytechnic Institute redefining itself from an engineering school to a place where technological innovation thrives (why not change the world?). I have also talked about The Strong redefining itself from a children’s museum to THE place that studies and explores play and American University redefining itself as a place for WONKs, focusing on its location in Washington, DC and even its association with public policy.  In all three of these instances, the brands intended to move from more crowded categories to a category of their own creation in which they became the only (category-of-one) brand.

I have also talked about how to define the category that a cola brand might be in. Is the category colas, or carbonated beverages or soft drinks or non-alcoholic beverages or all beverages or rehydration or human liquid consumption or refreshment or something else?

Just as choosing the most advantageous target customer definition is not a trivial exercise, so too is choosing the competitive frame of reference. Choosing a competitive frame of reference based on the most powerful motivators for the target customers can lead to a previously undefined category in which your brand has few, if any competitors. That category definition helps your brand own the benefit more quickly before any other brand is able to claim it. Being able to redefine the category requires out-of-the box thinking.

If interested, we have tools to help you explore category description alternatives, including those that could transform your band into a category-of-one.

Posted by Brad VanAuken at 11:19 AM No comments: 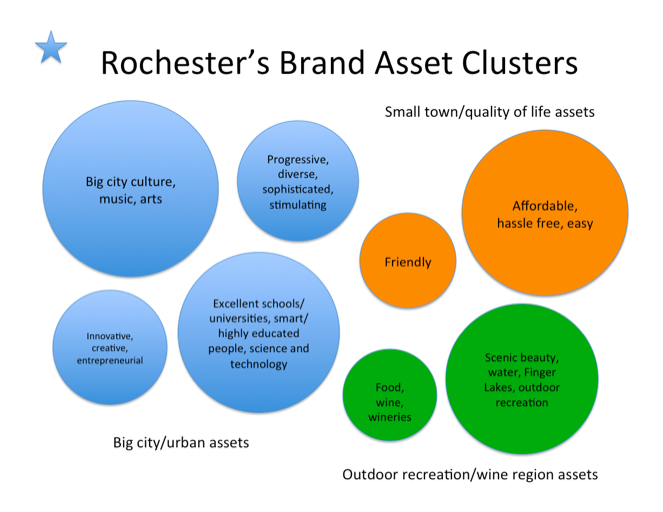 Posted by Brad VanAuken at 10:05 AM No comments: 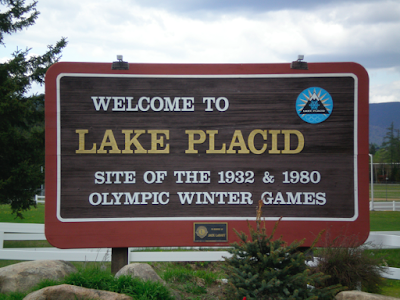 According the World Travel and Tourism Council (wttc.org), travel and tourism “contributes 9.5 percent to the global economy in 2013…and could generate as many as 5.1 million jobs by 2015 in the G20 economies.”[i] When one considers that businesses, residents and event and meeting planners also choose one place over another, it is no wonder that cities, regions and countries are branding themselves in earnest.

Places are some of the most interesting things to brand. This phenomenon has been labeled “place branding,” “geo-branding” and “destination marketing” among other labels. In some respects, branding places is no different than branding anything else. Finding the most powerful and unique image for the place (“unique value proposition” or “brand position”) is the most important activity. After that, building awareness is next most important. Both of these activities assume that the requisite research has been done with the most advantageous and receptive target audiences.

I have been fortunate enough to help people in Bangkok, Thailand develop strategies to position their city as a global fashion center. I have also helped brand downtown Tampa (FL) as a great place to live for people who appreciate urban living on Florida’s Gulf Coast. And I have conducted brand positioning research for Rochester, NY to help that city reposition itself.

Following are some of the general classes of things that can define a place:

As you might gather from the previous list, aesthetics are important. Strict zoning and codes, scenic vistas, landscaping, parks, boulevards, hanging flower baskets, statues and fountains all add to a place’s appeal as do historical sites and markers. Water features (ocean, rivers, canals, lakes and ponds) also add to the appeal, especially if they provide for recreation, scenic vistas and strolling. Festival and event banners can add to the feeling of a place. Architectural authenticity, uniqueness and environmental consistency add to a place’s appeal. General cleanliness is also desirable.

Wayfinding is important. Public maps and directional signing help tourists and residents alike. Bicycle lanes and bicycle and walking paths are always a plus. Some municipalities encourage bike rentals as a more pleasant and environmentally friendly way to experience their place. Good public transportation enhances a place’s appeal as well. Europe’s interconnected networks of trains or an increasing number of cities’ light rail systems are examples of this. Some cities use cable cars, trolleys, double-decker buses, horse drawn carriages or amphibious vehicles as tourist attractions themselves. Buildings should have pedestrian-friendly/attractive street level frontages. Strategically placed clean public restrooms are also important.

It is essential for a place to take inventory of its assets to determine which of those are unique and compelling to each of its target audiences.