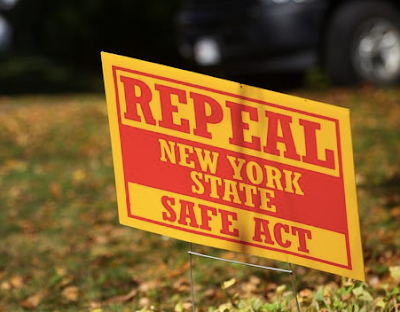 It is fascinating to me how politicians and political parties use labels to position or reposition bills, ideas, agendas, actions or groups of people. For example, children who arrived in the US illegally at a very young age are called either dreamers or illegal aliens depending on which political party is talking about them. The Affordable Care Act was renamed Obamacare by its rivals. When asked in surveys, some people say they support the Affordable Care Act but not Obamacare. Depending on which political party is talking about it, many states are in the process of either voter suppression or insuring election integrity. New York State passed the SAFE (Secure Ammunition and Firearms Enforcement) Act, a gun regulation law. I have seen several signs in my neighborhood that say, Repeal the SAFE Act, but who wants to repeal a SAFE Act?

Defund the police doesn't sound good at all. It is a terrible label, especially when it really refers to reallocating or redirecting funds from the police to other types of first responders that are better equipped to deal with mental health and other issues.

Democrats coined the phrase The Big Lie to refer to Donald Trump's denial of his defeat to President Biden in the 2020 presidential election. Donald Trump is now hijacking that term, The Big Lie, and twisting it to mean the lie that Joe Biden was legitimately elected as president.

Related to The Big Lie is Stop the Steal, a catchy phrase used by Donald Trump supporters indicating that they thought the election had been stolen.

And who in their right mind would like a cancel culture? Coastal elites are despised by many people but no wonder because some coastal elites talk about where those people live as flyover country.

And Republicans like to call the Democratic party the Democrat party and some conservative publications shorten Democrat to Dem because it doesn't sound as worthy of respect. But some Democrats refer to neo-conservatives as neo-cons because it has more negative connotations. Republicans have tried to demonize the term liberal, but many liberals are very proud of the term and what it stands for.

And then there are some military labels. Which is more palatable? 50 troops were lost today, 50 soldiers lost their lives today or 50 people were killed today? And how about peacekeeper missiles? I guess I shouldn't be concerned if I see one heading straight toward me.

And now there is a newly popular pejorative term (actually coined in 1970), microaggressions. Doesn't sound very good, does it?

The whole point of this blog post is to demonstrate how word choice matters and that labels can turn people on or turn them off. This is a common tactic in politics and now that most news sources are so slanted in one direction or the other, different groups use different terms to refer to the same thing. Usually one term is derogatory while the other one is inspiring, encouraging two different views of reality.