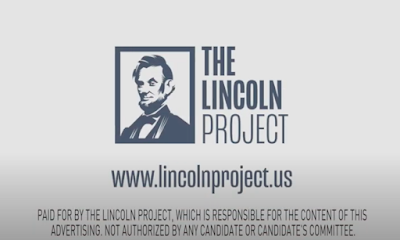 As an update, this Politico article by Joanna Weiss was just brought to my attention. She is saying the same thing that I am only with more detail and more examples. It is worth reading.
What the Lincoln Project Ad Makers Get About Voters (and What Dems Don’t)
Posted by Brad VanAuken at 1:06 PM