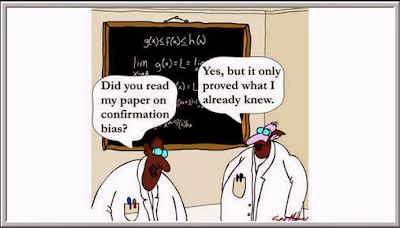 I think everyone should learn about the most common cognitive distortions (or thinking errors) as we are all subject to them. Importantly, I have increasingly witnessed political campaigns playing to many of these errors to achieve their intended ends. I believe this is highly unethical. But understanding what these errors are will help you understand how people (including you) can be and are being manipulated. And, as I am sure you know, politicians aren't the only ones playing to these errors. Anyone who is trying to sell you something has a tendency to do this if he or she knows about these errors and is less than completely ethical.

Here are some of the most common errors:


I could provide an example of how each of these cognitive errors was used in sales, marketing, persuasion or manipulation, but I will provide just five examples and leave it to you to think about how the others can be and are being used in this way.

Posted by Brad VanAuken at 4:54 PM