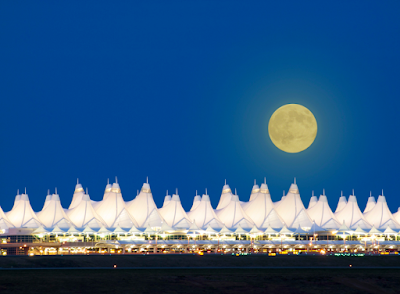 Airports are the primary transportation hubs of the twenty-first century, at least in the US, and in many other places as well. Most travel between countries and distant cities occurs by air today. Airports are the first things that travelers see when they arrive in a new place. And they are the first things that residents see when they arrive home.

While hub airports must have some amenities that are not nearly as critical for non-hub airports, still the minimum expectation of airports has increased today.

While all contemporary airports should have a variety of restaurants and bars, interesting shopping and free Wi-Fi, many also have wine bars, massage establishments, water features and different types of entertainment venues. Further, many have sections that trace the place’s rich history, public art galleries, art installations from local artists and high visual impact overviews of their areas’ cultural and other attractions.

From a branding perspective, the airport should communicate whether the place has a rich history, unique geography or natural features, strong sports franchises, rich cultural attractions, unique outdoor attractions, a constellation of prestigious universities or something else.

Taking my hometown, Rochester, NY as an example, we might consider reinforcing any or all of the following at our airport:


Every place has some proof points like this. Make your place interesting and exciting from the moment a person gets off the plane. Make the traveler want to slow down and learn more about your place as he or she makes his or her way from the plane to ground transportation.

My point is to not limit the promotion of the place to a visitor's information booth with brochures from the various local hotels and attractions. That is so 20th century.

I know this is asking a lot of airports, but having integrated this thinking into airport design will pay rich dividends in helping reinforce a place’s unique value proposition. After all, an airport creates the very first impression of a place and it is the first thing that welcomes the weary resident home again.
Posted by Brad VanAuken at 2:21 PM