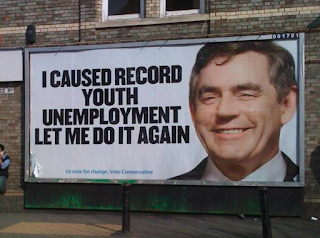 In the midst of the presidential nomination season, we will witness many examples of brands attempting to successfully reposition competitive brands - that is, the other presidential candidates.

They will begin with research. Who are we talking with? Fiscal conservatives? Non-interventionalists? Progressives? Social conservatives? Democrats? Republicans? Foreign policy doves? Liberals? Tea Partiers? Social liberals? Evangelicals? Secularists? How do people label themselves and how large is each of these groups?

Once this is determined, that is, once the market segments have been established and sized, then different negative attributes are tested. The following are all possibilities:

These ideas will be tested for how believable they are, how strongly they evoke a negative emotional reaction, whether they will drive a voting decision and how they will reflect on the person who makes these claims and the candidate against whom these claims are made. The results for each market segment will be analyzed to determine how much repositioning a competitor in this way can reduce his or her chances of being nominated or elected.

This is serious business and it is largely informed by marketing research and brand positioning concepts. Sit back and watch brand repositioning on steroids over the next year and a half.
Posted by Brad VanAuken at 6:03 AM