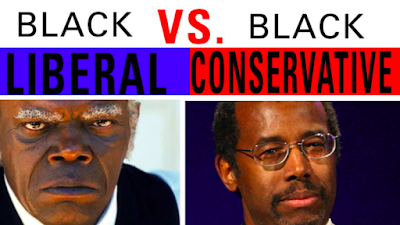 In this era of increased tribalism, I thought it important to revisit the topic of personal identity and labels. There are many types of identities and labels that can be applied to an individual. They may be related to any or all of the following:

Identities, which can be assigned to a person or assumed by a person, can lead to any or all of the following:

With identities come labels. By definition, when someone or something is labeled he or she is set apart. Labels create the notion of "the other." The label says "He is one of us" or "She is not one of us." Labels are a way to divide people, exclude people and subjugate people. With labels, there are insiders and there are outsiders.

Alternatively, labels can make people feel better about themselves, bolster their self-esteem, give them a sense of belonging and increase their power and status.

Consider what it means to be a gay black man or a Republican woman. What does it imply about someone if he drives a pickup truck and bowls? If a woman has a PhD from Berkeley, lives in Boulder, Colorado and drives a Prius, what does that say about her? What if a man works on Wall Street, has five homes including one in Nantucket and drives a Bugatti among other cars, what does that say about him? If a women told you she was a social worker, what does that say about her? What if a black woman told you she was a conservative Republican? What assumptions would you make about her? And if a person told you that he graduated from Liberty University and is active in an Assemblies of God church, what assumptions would you make about him? How do you think a lighter skinned Indian (from India) would treat a much darker skinned Indian? And what if someone told you she was a Wiccan? How would you feel about her? If someone told you he was a Unitarian, what would you assume about him? What if you knew someone was a Muslim from Pakistan, how would you feel about him? If someone told you that she was from Ojai, California, what would you assume about her? Would you be confused if you encountered a female NRA member who worked in an animal shelter and who was an avid supporter of the ACLU?

All of this has implications for brands for the following reasons. Applying a label or presenting an identity conjures up stereotypes and leads to assumptions, perhaps mostly positive, mostly negative or a little bit of both. However, for any given individual, each stereotype or assumption may be correct or terribly wrong.

And the interesting thing is how labels are perceived differently across different groups. For instance, to a liberal, the liberal label is positive, whereas to a conservative it is negative and vice versa. Or consider how what might have generally been considered positive (and still may be by some) is now considered to be negative by many. For instance, generally well-educated, accomplished people who have done well in life and who have high socio-economic status have historically been well regarded, but consider how some people now label them "elites" pejoratively. Or consider how "Evangelical Christian" has become a negative label from some people's perspectives. Or consider how so many people now have an aversion to "one percenters," the most financially successful among us.

Clearly, brands need to be careful about addressing identities, assigning labels or appealing to certain groups over other groups.

Here are some of my previous blog posts on this topic:
Posted by Brad VanAuken at 2:38 PM